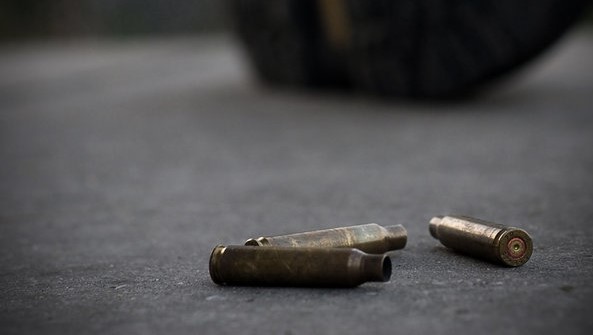 Several shots were fired at a 20-year-old Romani man in Homocea, Romania on Sunday night by a police officer who was responding to a fight which had broken out between the man and another individual in the community. The man was treated by an ambulance at the scene and taken to hospital where he is receiving care.

Police officers from I.P.J. Vrancea were called to the Romani neighbourhood where, according to a statement from the police spokesperson, they were met with violence from the individual who attempted to hit an officer with a blunt weapon.

Numerous eyewitnesses whom the ERRC has spoken to report the police officers in question approaching the individual in an aggressive manner on arrival in Homocea. According to witness reports, as the police officers intervened in the fight a crowd began to gather around them. At this point the officers called for reinforcements from the national police who were reportedly violent towards bystanders when they arrived at the scene.

The eyewitness report hearing five shots being fired at the retreating Romani man. Several witnesses report that they did not hear any warning shots being fired before the officer began shooting. In a video recorded during the incident, which was shared with the ERRC, five gunshots are clearly audible.

A criminal case is being drawn up against the man currently being treated in hospital in relation to the offence of assault on the police officer. Additional investigations are also underway by the Prosecutor's Office at the Vrancea Court regarding the incident and chain of events which led to the discharge the firearm.

The ERRC has contacted I.P.J. Vrancea to request additional information on the incident and is attempting to reach out to more witnesses in the community in Homocea. Whilst the chain of events which led to the 20-year-old man reportedly attacking the police are unclear, the eyewitness accounts of a police officer shooting a retreating man five times in the back must be fully investigated for misconduct.

An internal investigation into this use of a firearm (this time thankfully without fatal consequences) must take place to ensure that such actions do not become the deadly norm in Romania. The ERRC has already documented a sharp rise in incidents of police misconduct and brutality towards Roma in Romania since the Covid-19 pandemic was declared earlier this year. Additionally, this incident must be viewed in the context of the 2019 Lingurar v Romania ruling of the European Court of Human Rights, in which the European Court labelled Romanian law enforcement as "institutionally racist" and often using excessive force against Roma.

The following statement was issued by I.P.J. Vrancea:

"Last night at around 9.35pm, the police were called on 112 to intervene in the area of Homocea commune, where a conflict between two men was underway.

Immediately, a police crew went to the scene to settle the conflict, with one of the policemen being hit by a recalcitrant person.

The police crew who arrived at the scene first requested the support of other police crews in the area.

As one of the men continued to manifest himself violently, attempting to hit the police with a hard object, a weapon was used, and the assailant was wounded.

The 20-year-old, from the commune of Homocea, was given medical care by an ambulance and was later taken to a medical facility.

A criminal file has been drawn up and investigations are being carried out under the coordination of the Public Prosecutor's Office at the Vrancea Court in relation to the offence of assault, in order to establish precisely the causes and conditions under which the event occurred."

The ERRC is exploring all options, including litigation, to ensure that this case is fully investigated and any negligent or criminal activity on the part of the attending officers is dealt with appropriately.