After almost a decade of La Barbuta, what next for Roma? 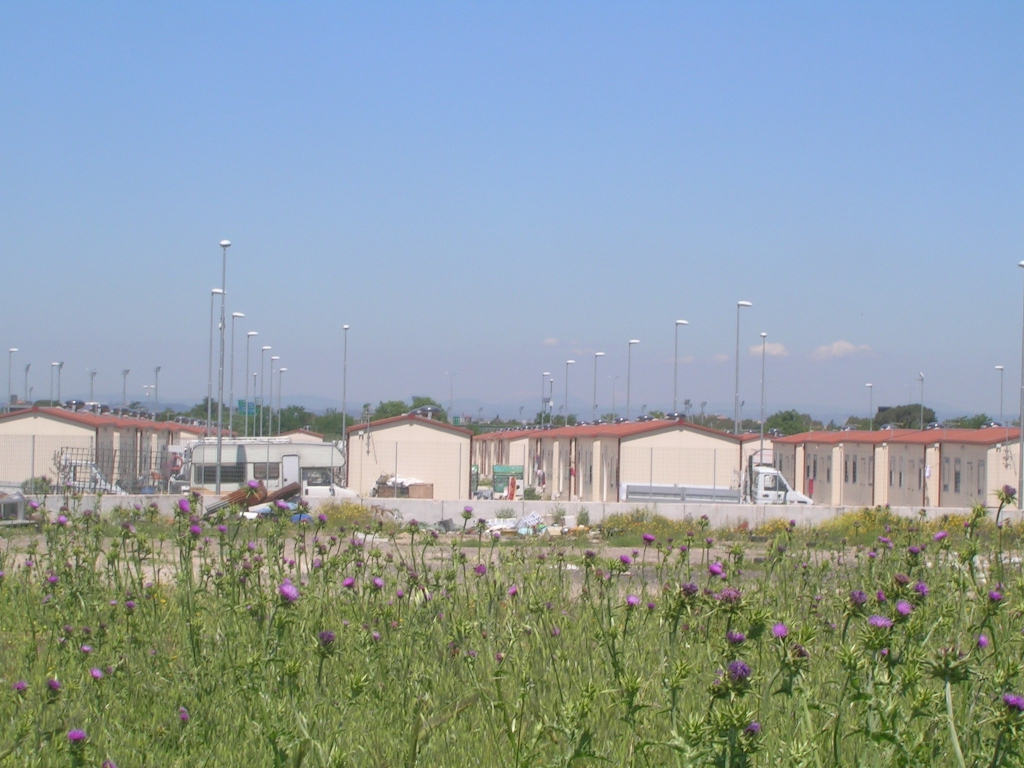 For almost a decade, ‘La Barbuta’ has been the archetypical Italian ‘nomad camp’ where Roma are housed in segregated, poor conditions and subject to forced evictions under authorities' campaigns to overcome the system of camps. Now, with the last families gone from the camp: what has happened to these people over the years, and what lessons have been learned from Italy’s failed ‘nomad camp’ project?

Romani families have been living in the government-run camp known as ‘La Barbuta’ in Rome since 2012. Initially, there were around 650 families living there in what the local authorities called an ‘equipped village’, however on 23 September 2021 the camp was closed and the last inhabitants evicted.

La Barbuta camp has a long history in Rome and is closely connected to the political situation there. It all began in May 2008, when Silvio Berlusconi, then Prime Minister of Italy, declared a State of Emergency for ‘nomads’. These were extraordinary measures put into practice by the Italian government to act against the so-called ‘Roma problem’ and which gave local government officials extraordinary powers to deal with camps and those living in them, including carrying out forced evictions.

One family, supported by the ERRC, appealed against this decree and in November 2011 Italy's Consiglio di Stato (Council of State), the supreme administrative court, ruled that the State of Emergency Decree was illegal. This decision was upheld in 2013 by the Corte di Cassazione (Supreme Court of Cassation), meaning that the ‘nomads’ do not represent an Italian emergency and therefore the practice of housing them in specially built camps such as La Barbuta had to end.

This victory for Romani people and the NGOs supporting them was shortlived however, as the Italian authorities continued to build camps despite the ruling. In particular, Rome was firm in wanting to open a new camp, La Barbuta, which would be situated in the far outskirts of Rome between Ciampino airport and the Rome ring road, far away from essential services such as schools, hospitals, and public transport. The camp was segregated by fences and residents lived in inadequate container housing. In March 2012 two local NGOs, Associazione 21 Luglio and Associazione per gli Studi Giuridici sull’Immigrazione, brought an antidiscrimination action before the Court of Rome to challenge the existence of the camp. The ERRC also intervened in the case to support its local partners.

On 30 May 2015, the Court of Rome condemned the city for discriminating against Romani people by forcibly relocating them to the La Barbuta camp on the outskirts of the city. The court recognised that building segregated housing for Roma in the deprived fringes of large cities amounts to racial segregation.

However despite all this, the camp remained where it was. Then, in 2017 then Mayor of Rome Virginia Raggi presented her ‘Roma plan’ which allocated 4 million euros of EU funds towards the closure of several camps, including La Barbuta. The Italian Red Cross won the tender for carrying out the project aimed at overcoming the problem of Romani camps. The aim was to dismantle the camps, but also to ensure alternative accommodation for the families who were still living there as well as guarantee some form of integration into Italian society.

By August 2020, 37 social houses had been allocated to families on the waiting list. However, there were still 36 families waiting to be placed. Anyone still living in La Barbuta could make use of a rental voucher of up to 800 euros per month for two years, to be spent on the private market. As regards job placements, a vital part of the integration process for those leaving the camp: 42 people attended training courses to find a job, 16 completed internships, and 15 people found a job with two of those signing a permanent contract.

On 4 September 2021, when around 60-70 people were still living in the camp, then Mayor of Rome Virginia Raggi signed an eviction order which claimed, as always in these cases, that the eviction was necessary to restore environmental, hygienic, and sanitary conditions in order to protect public health.

Importantly, the elections for Mayor of Rome would be held exactly a month later, and on 23 September 2021 Raggi, who would be standing for re-election, announced during a live broadcast the beginning of the closure of the Romani camp La Barbuta. However, Raggi did not receive the necessary number of votes to participate in the ballot and was not re-elected. So, La Barbuta camp had been closed down but the questions remained: Was it a good result? Have the lives of the people who lived there improved? And what do the Romans think about it?

According to Cittadinanze e Minoranze, an NGO based in Rome who interviewed Romani families who had been living in the camp, 13 days after the closure of La Barbuta camp most of the last inhabitants were either homeless or had been forced, by lack of alternatives, to accept so-called ‘co-housing’; living with strangers in incredibly overcrowded conditions, in substandard, dilapidated apartments.

In the end, the La Barbuta camp no longer exists but Virginia Raggi is also no longer the mayor of Rome. Perhaps this shows that her approach to overcoming the problem of Romani camps has not convinced the Roman public, who for years, before and during Raggi’s tenure as Mayor, have seen people forced to live on the streets due to the closure of the camps. People do not just disappear, and the inevitable informal living spaces they build are continuously evicted. What happened in Rome with La Barbuta is evidence of an all-Italian model that hides forced evictions under the false cover of overcoming the problem of camps, something the National Strategy of Integration of Roma, Sinti and Caminanti 2012-2020 touches on. But the Strategy, when discussing ways of dealing with camps, also mentions providing housing alternatives, employment opportunites, and provisions for education for those living in them.

As La Barbuta has proven, the Italian authorities have not decided to go in this direction. According to the latest census conducted by the ERRC, from January 2017 to March 2021 Italian authorities have carried out at least 187 evictions of living places inhabited by Romani people, affecting 3,156 people who were in most cases made homeless, or otherwise put into unstable housing solutions. While the census is a non-exhaustive list of evictions, it gives an idea of how forced evictions violate the rights of the evicted and simply shift the ‘problem’ by a few metres for the general public. As Virginia Raggi found out, perhaps this approach is no longer profitable for Italian politicians either.