Bureaucracy & Best Intentions Will Not End Roma Statelessness in Albania, We Need Action 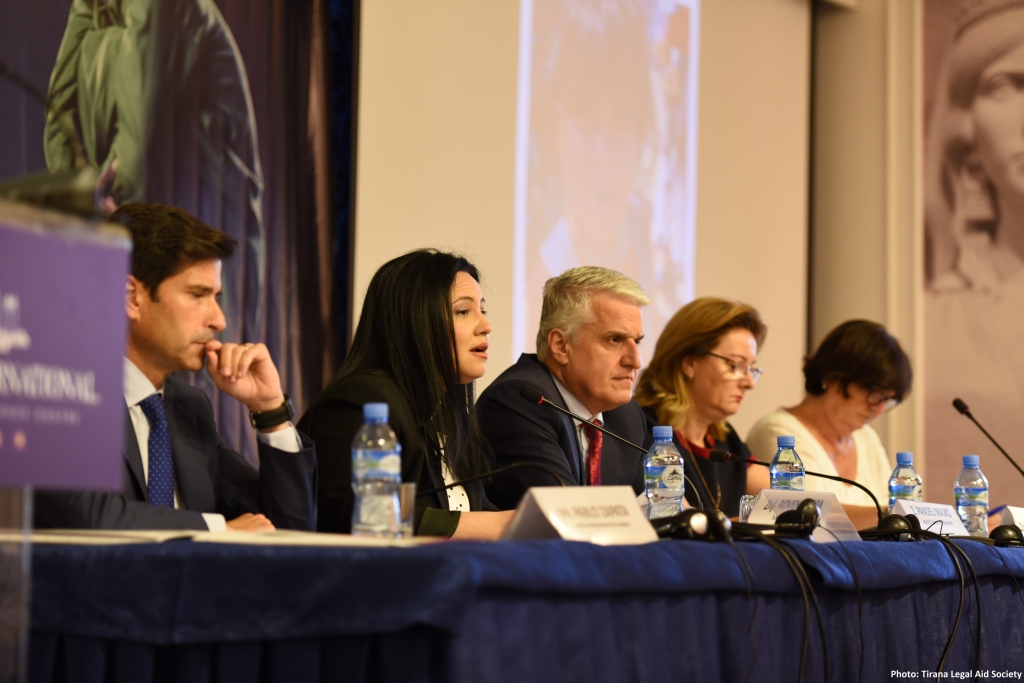 The event was an opportunity to bring together State representatives, activists, UN agencies’ representatives and also and more importantly, Romani families who are struggling to get their right to nationality acknowledged.

If statelessness and the risk of statelessness sound like abstract and obscure concepts, the people affected by them, and their children, are as real as the hardship they go through. Very often, theirs are histories of frustration and failed attempts on the part of the authorities. Histories of fighting with civil registrar officials, school directors, and health practitioners to access basic fundamental services. Theirs are histories of fear, of being blamed, and of reluctance to address authorities because of previous experiences of discrimination.

Those most at risk of statelessness are the ones who were born outside of Albania, mostly in Greece. And among these, the people who are most affected by this phenomenon are the Roma. This hardly comes as a surprise. Indeed, the research carried out by the #RomaBelong project in several Western Balkan countries showed that Romani communities are significantly by the risk of statelessness across the region. The findings prove how marginalisation and discrimination, together with bureaucratic hurdles and complex administrative procedures, all play a clear role in disproportionately putting Roma at risk of being stateless. The ethnic dimension of this cannot be ignored, it is disproportionately Roma who are being excluded by their right to a nationality being denied.

The ERRC together with Tirana Legal Aid Society has recently lodged an individual complaint before the Human Rights Committee, on behalf of two families whose children were denied their right to a nationality.
The parents of these children migrated to Greece to work. Their children were born there but because of the irregular status of the parents, Greek authorities refused to issue a full birth certificate for them, leaving them without a name and without a nationality.

When the parents came back to Albania and tried to register their children, the authorities refused to register them and acknowledge their Albanian citizenship. They relied on (and hid behind) requirements such us the inability of the parents to provide a Greek birth certificate in the notarised form required by Albanian law. The only solution offered to them by authorities was to travel back to Greece and try to solve the issue there.

We are claiming that Albania breached a certain number of provisions of the UN International Covenant on Civil and Political Rights. Among others, Albania has disregarded Article 24(2) of the Covenant, by not immediately registering the children of these two families after birth and not granting their right to have a name. Similarly, Article 24(3) was breached by denying their right to Albanian nationality; and Article 24(1) for having been discriminated against based on their ethnicity.

These conditions are a real barrier for families to overcome. They prevent them from being registered immediately after birth, prevent them from having a name and hinders their right to a nationality, putting them at risk of being stateless. All the arguments and bureaucratic hurdles are put forward in order to avoid taking action. Authorities are completely disregarding the best interests of these children who are later denied access to healthcare, education and basic fundamental rights.

The day-to-day work carried out by TLAS and the findings of the report released last Friday, prove these are not isolated cases but an issue Albanian authorities have to take their responsibility for. There needs to be a concerted effort on the part of the authorities to acknowledge these children as Albanian nationals and to adopt all the necessary measures needed to avoid these cases happening again and again.

The launch event of the #RomaBelong report on Albania included many State representatives who professed to be aware of the issue, and of the need for intervention, calling also for cooperation among different institutions. We expect these welcome good intentions to translate soon into concrete action. The individual complaint lodged on behalf of these two families should also raise the profile of this issue and ensure that no one is left behind.