Burning and looting: collective punishment and antigypsyism in Spain 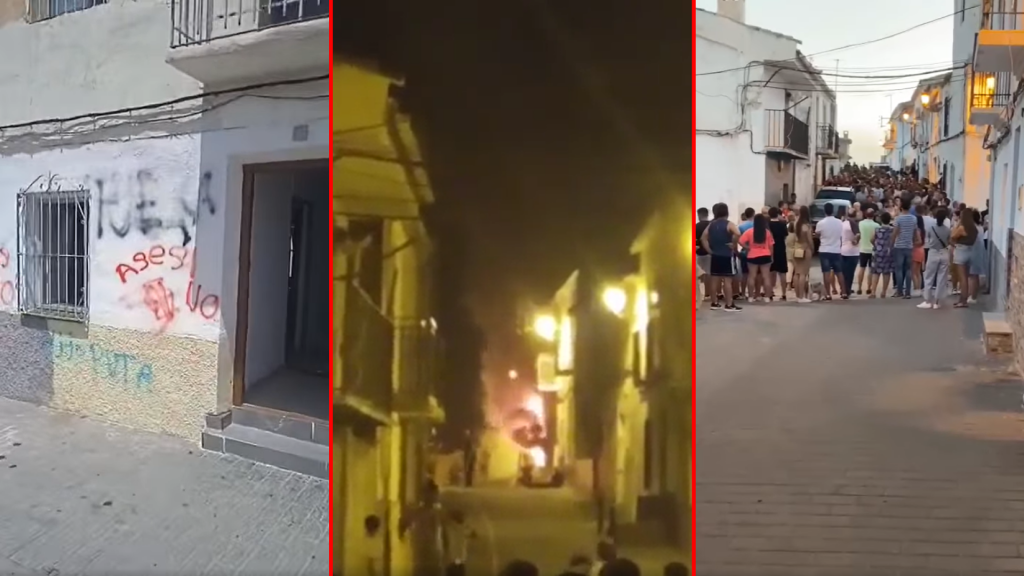 Shocking outbreaks of mob violence against Romani families have occurred following the arrest of two Roma, detained in connection with the fatal stabbing of a 29-year-old man in the town of Peal de Becerro (Jaén) on 17 July. Ismael Cortés MP, called on the Ministry of Interior, to provide protection for the Romani families in the wake of escalating tension and acts of violence by a mob of many hundreds. Shouting “¡Asesinos fuera!” (murderers out), the mob looted and burned six homes, threatened Romani families, and daubed the word asesinos on the walls of dozens of their houses.

For Cortés the attacks in Peal de Becerro revived memories of the 1986 pogroms of Martos (Jaén), which led to the flight of the Gitano population after the burning of their homes: “History repeats itself. The eternal return of Antigitanism.”

Jose Santos, reporting for CTXT, rejected the mainstream media narrative that the events were “peaceful demonstrations, mobilizations or altercations”, and demanded to know “where were the security forces of Peal de Becerro while the neighbors destroyed the houses and turned over the cars of innocent people?”, and why was there no assistance or protection provided as the violence escalated?

All the while, the mayor of Peal de Becerro thanked the residents of the town and the media for their wonderful and ‘exemplary’ manifestations of solidarity following the death of the young man. For those wondering how such things come to pass, how children could be forced out onto the streets in the middle of the night, their house firebombed, and have to face a baying mob of so-called respectable residents, howling for ‘justice’, Santos wrote, “the answer is obvious: this is not justice, it's antigypsyism.”

He stated that Roma are stigmatized to such an extent that “even though they are victims, they are branded as executioners.” He wrote that while the ‘big media’ in the country was clearly not broadcasting the images of burned houses and overturned cars, they have highlighted the ethnicity of the accused and many have dispensed with the word ‘alleged’ and just refer to the accused as the asesino.

Once again, the spectre of collective punishment is haunting Europe’s Roma. Ismael Cortés, deputy for Unidas Podemos, repudiated the toxic notion of collective blame, stating, “Ethical and legal responsibility for any crime always lies with a particular individual or a group of individuals. Responsibility for a crime can never be attributed to abstract entities such as cultures, ethnicities, races or religions. Always, always, always, there are individual responsibilities.”

This violence serves as a grim reminder of just how pervasive antigypsysism remains, and how necessary it is to take resolute action to prevent any further recurrences of mob violence or pogroms. Based on the recent modification of articles 22 and 510 of the Criminal Code, which includes antigypsyism as a specific hate crime, the authorities must prosecute those who incited as well as those who executed these heinous acts of collective racist violence against Roma.