EPP ‘fresh start’ on Roma inclusion: clean out your own stables first! 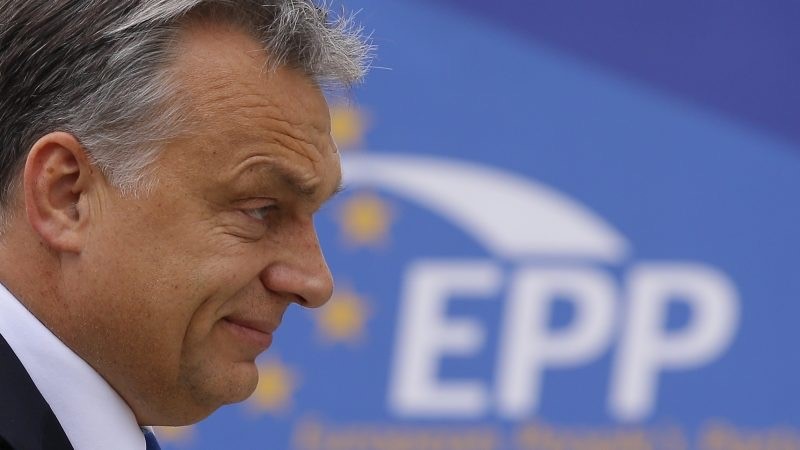 The European Peoples Party’s call for a fresh start on Roma integration should begin with tackling the rot within its own ranks. When it comes to corruption, hate speech and segregation, the EPP should take its press release and policy paper and stuff it to those European capitals where its sister parties hold power.

The EPP claim that "a decade of EU efforts to help the 6 million Roma in the EU has failed” is all very well in terms of empty rhetoric; but it’s not some abstract ‘Europe’ that has failed on Roma inclusion since 2011; the blame for regress, for not tackling discrimination, and for actually stoking anti-Roma racism emphatically lies with national governments of member states.

In its ‘fresh start’ press release, Peter Pollák MEP, EPP Group Spokesman for Roma inclusion noted: “There are still Roma communities where EU citizens drink water from streams, have no sewage systems and grow up without proper education. The COVID-19 pandemic has been an eye-opener. Roma people in their overcrowded homes simply cannot comply with necessary distancing and hygiene measures to prevent the spread of the pandemic”.

Let’s leave aside for a moment the fact that what the Covid-19 crisis exposed was the bankruptcy of the EPP’s beloved neoliberalism – which has exacerbated inequalities, stripped public services and left masses of marginalized folk even more exposed to the pitiless vagaries of the free market. What is even more jarring is the glaring mismatch between EPP pieties and the venal realities of Roma exclusion in member states governed by the likes of EPP luminaries such as Viktor Orbán and Boyko Borisov.

Under Borisov’s watch, we have witnessed mass attempts to storm Roma neighbourhoods by racist mobs acting at the behest of governing politicians such as Bulgarian Deputy Prime Minister Karakachanov – who in 2019 called for a “complete solution to the Gypsy problem”.

In terms of sheer insensitivity and affrontery, it is worth recalling that Borisov, in 2017, appointed Patriotic Front henchman, Valeri Simeonov, to lead the national body on ethnic integration issues, despite his conviction (later overturned) for hate speech for describing Roma as “brazen, feral, human-like creatures” and Romani women as having “the instincts of stray bitches.” To date, there has not been a murmur from the EPP concerning the ruling GERB party’s unsavoury coalition partners in crime.

And then there is the EPP’s running sore which is Prime Minister Viktor Orbán. As the regime in Hungary has lurched even further to the right, the EPP has failed dismally in terms of tactics and ethics to contain nativism and xenophobia within its ranks.  Orbán’s reaction to court rulings on damages to be paid to Romani families for a decade of school segregation marked a new low. In a succession of provocative broadcasts to the nation, Orbán stated that the court’s decision “violated the people’s sense of justice”; stigmatized the local Roma as workshy, their children as violent, unruly and un-educatable; and promised a national consultation on the issue.

In a move favoured by white supremacists worldwide, Orbán portrayed the ethnic majority as the victims: "Non-Roma in Gyongyospata began to feel that they had to back down and apologize, despite being the majority. They feel like they are in a hostile environment in their own homeland."

The diminishing returns from demonising Muslims and migrants has prompted Orbán and his propagandists to revive an older hatred, and weaponize antigypsyism. In January we predicted that Hungary’s neo-Nazis would take their cue from the Prime Minister, and to expect mass far-right rallies against “Gypsy aggression” come springtime. Sad to say, has come to pass.

The EPP failure to expel Orbán’s Fidesz has further emboldened the regime and makes a mockery of EPP’s commitment to a tolerant and diverse Europe. As long as the EPP effectively tolerates racism within its ranks; as long as it fails to censure its members for flouting ‘European values’ embodied in Article 2 of the Treaty of Europe, its latest policy paper on Roma inclusion amounts to no more than a hatful of hollow.