No Water, No Justice for Slovenian Roma at European Court 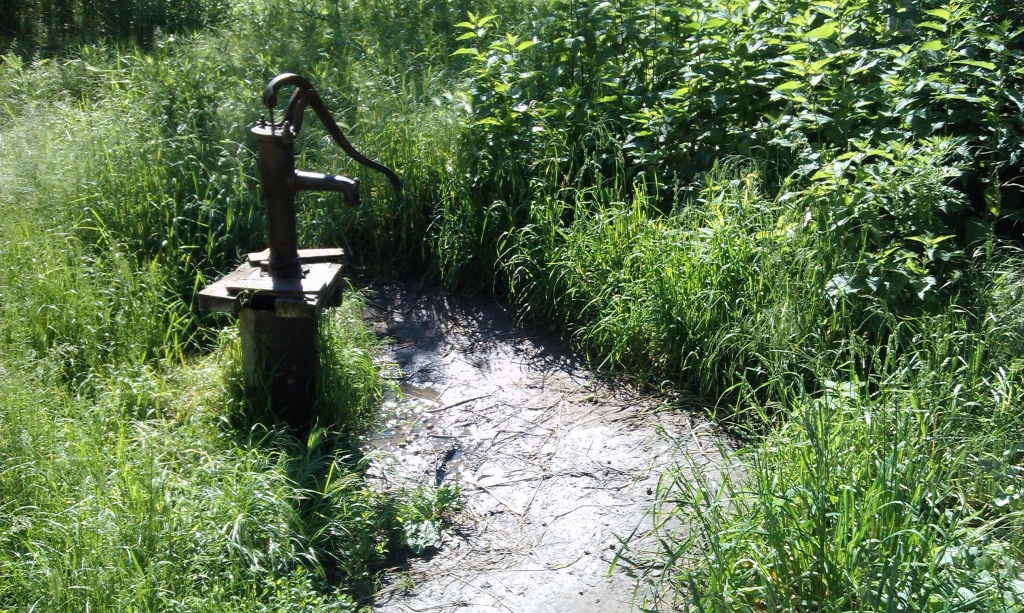 On Tuesday 9th March, the European Court of Human Rights rejected the first ever right-to-water case to be brought before it, concerning a Romani community in Slovenia. The case was rejected on all counts by the majority of judges (with two dissenting) and was one community’s final chance in their fight for justice which has stretched back decades. It raises questions not only about the access to water crisis which Roma in Europe face, but also the unequal access to justice afforded to Romani litigants by European courts.

Water-rich Slovenia was the first European nation to make access to drinkable water a fundamental right in 2016. The amendment to the national constitution was made in light of encroachments from the private sector wanting to capitalise on the country’s abundance of good quality water. Despite this, access to water is not guaranteed in practice for all Slovene citizens, particularly not if they are Roma.

Like many European countries, Roma in Slovenia often live in impoverished, ethnically segregated communities away from urban centres where access to public water is poor or non-existent. This poverty and social exclusion is not a naturally-occurring phenomenon. It is a consequence of decades, if not centuries, of discrimination and segregation. The existence of Roma communities who do not have equal access to water is, in and of itself, evidence of the discrimination that Roma continue to experience. However, the Court’s recent ruling rejects the claim of discrimination, either direct or indirect, and the majority of judges emphasized that Roma could not demonstrate sufficiently that “the State’s alleged failure to provide them with access to safe drinking water resulted in adverse consequences for health and human dignity.”

The case was brought by Branko Hudorovič and his son Aleks Kastelic who, at the time the case was submitted, both lived in a caravan without access to public utilities. They have since moved into makeshift homes constructed of wood, but are still fighting (as they have for most of their lives) to have access to clean drinking water for themselves and their community.

It all started more than thirty years ago, when Roma began living in tents on some bare land in Ribnica municipality, Slovenia. Over the years, more permanent homes were built and the area which the Roma occupied became known as Goriča vas. Because of the irregular and informal way this community was developed, it was impossible to acquire the planning documents necessary to gain access to public utilities like electricity, water, or gas.

Nowadays the area is home to some eighty Romani people who live without access to basic public services, which are provided to non-Roma homes nearby. Most residents live in wooden homes which they have constructed themselves, some are partly built of stone or brick. Without public water access they must collect water from a nearby polluted stream, a tap at a local cemetery, or from other houses in the area. Without a connection to the public sewage system or basic sanitation infrastructure, people have to use open latrines near to where they live which offer no privacy and are a public health risk contributing to frequent health problems in the community.

For a number of years Branko and Aleks, as well as many of their neighbours, have been in a constant battle with local authorities to gain access to water and other public utilities. They have been present at a number of meetings with the mayor and the Office for Minorities over the last decade, and other community members have been attending meetings with local authorities for more than two decades to try and obtain access to public utilities.

As far back as 1996, the Ribnica Municipality agreed on a plan to relocate the residents of Goriča vas to newly built social housing with proper public infrastructure in Lepovče. The Romani residents from Goriča vas were initially in favour of this agreement, with many offering their labour as contribution to help build the houses.  The project was never realised however because of opposition by non-Roma residents of Lepovče to the enlargement of the Roma-inhabited area of the village. Branko and other Roma from Goriča vas decided they no longer wanted to move to the area and the resettlement plan was abandoned.

Another scheme in 1999 to provide a diesel generator and regular deliveries of water to the area (the transport cost of which was borne by the Romani residents) also fell apart after some years. The water tanks became old, contaminated and unfit for use by the residents and the co-financing agreement with the municipality broke down.

After years of fruitless meetings, unfulfilled promises, and failed government initiatives, members of the Goriča vas Roma community decided in 2008 to camp outside the Ribnica Municipality building in protest. Branko was there with them and they eventually secured a promise from the mayor that he would work to make sure the Roma homes were connected to the public water system. Like the promises that came before it, this one also failed to materialise when owners of neighbouring plots of land refused to cooperate with the municipality and allow them to lay water pipes to service the Roma at Goriča vas. The Ribnica Municipality turned over responsibility for the issue to national authorities in 2009 who have made no further steps to rectify the situation since.

Faced with no other options to solve their situation, Branko and Aleks took their case to the European Court of Human Rights six years ago in the hopes that they would force Slovenia to provide publicly available water to their community.

The European Roma Rights Centre (ERRC) intervened in the case by providing the court with information about unequal access to water for Roma in Europe, as well as arguing that institutional discrimination and historical antigypsyism lead to a de facto situation of indirect discrimination.

Research conducted by the ERRC in 2017 revealed that Roma suffer disproportionately from the failures of public authorities to secure access to water and sanitation. Roma, especially those living at the outskirts of towns or in completely segregated settlements, are often treated differently by local authorities when it comes to the provision of these public utilities. The research demonstrates that a significant number of Roma communities suffer problems in relation to access to water that most people in Europe would consider unthinkable, and which violate the international and European legal framework.

Despite our intervention, which relied on principles of indirect discrimination derived from the European Court’s own case law, the judges rejected the case for not amounting to racial discrimination (article 14). The judges also found that Branko and Aleks had not demonstrated that their situation amounted to inhuman or degrading treatment (article 3) or that it violated their right to family life (article 8). In fact the judgment even argued that “the applicants received social benefits which could have been used towards improving their living conditions”; as if this somehow fulfilled the state’s responsibilities despite its failure to provide something as basic and universal as drinking water for its citizens.

This case demonstrates what Roma in Europe have already known for some time: that justice is not blind, and that access to justice is not equal when it comes to the cases which Roma bring before European courts. Clearly something is not working in the system. This community have explored every possible avenue in their fight to obtain access to the public water supply. They have gone further than most of us would go in their struggle, including picketing their local authority offices in tents. Now, after decades of tireless, peaceful protest and dialogue and meetings and legal proceedings, the highest court on the continent tells these people that in the end there is no justice and there is no water.

Romani people who are forced to defecate in the open and walk a kilometre to drink polluted water are being told by Gadje judges that they have not sufficiently proved that their situation is damaging their health and violating their human dignity. These same judges tell them that their situation is not because of their Romani ethnicity. The system is broken for Roma.