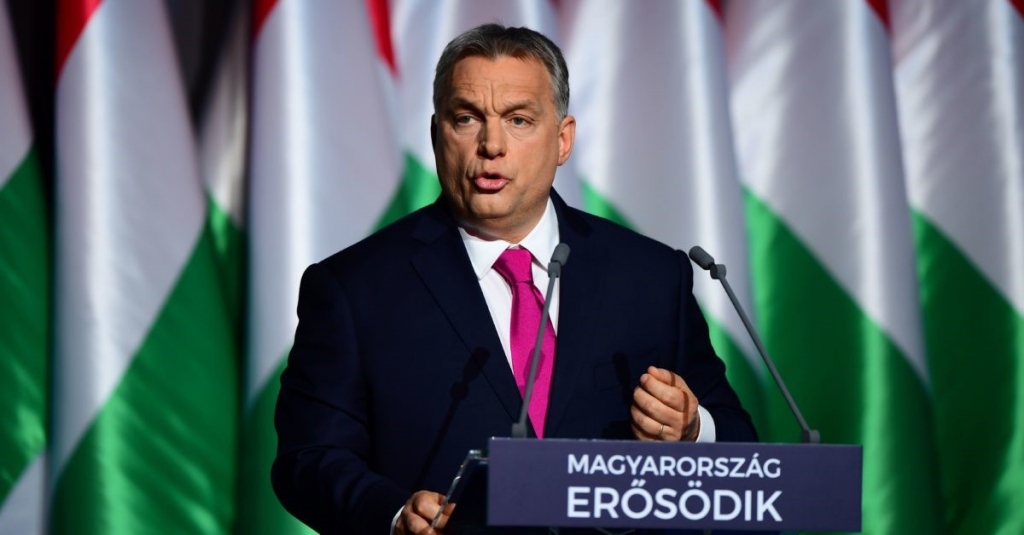 Prime Minister Viktor Orbán continues to stoke anti-Roma tension, by announcing a new ‘national consultation’ on the Gyöngyöspata case, and declared “we take the side of the 80 percent who are decent, working Hungarians who demand a suitable education for their child.”

As we reported in January, Orbán suddenly turned his attention to a four-month-old court decision by the Debrecen Court of Appeal to polarise the nation, generate ethnic tension, and display his contempt for the rule of law. The court awarded criminal damages to Romani families in Gyöngyöspata, whose children were forced to learn in segregated settings for a decade. In a succession of provocative broadcasts to the nation, Orbán stated that the court’s decision “violated the people’s sense of justice”, stigmatized the local Roma as workshy, their children as violent, unruly and un-educatable.

In a move favoured by white supremacists worldwide, Orbán portrayed the ethnic majority as the victims: "Non-Roma in Gyongyospata began to feel that they had to back down and apologize, despite being the majority. They feel like they are in a hostile environment in their own homeland." Unsurprisingly this whole episode has been cast as the latest chapter in a wider elite conspiracy against decent Hungarians by globalists without a home, and lawyers in the pay of George Soros. In a radio broadcast dismissing “the whole thing as a provocation”, with Soros organizations everywhere, Orbán stated that “there is a boundary that a Hungarian will never cross, or believes cannot be crossed. That boundary is giving people money for nothing.”

Intimidating and stigmatising the Roma of Gyöngyöspata

This is not the first time that the Roma of Gyöngyöspata have been targeted by the far-right. Back in 2011, uniformed neo-fascist paramilitaries backed up by skinhead auxiliaries with whips, axes and fighting dogs, set up checkpoints and patrolled the Roma neighbourhood with seeming impunity, as policemen stood by, in a siege that lasted almost two months. As the Guardian reported, militiamen “roamed the streets day and night, singing, hammering on doors and calling the inhabitants ‘dirty fucking Gypsies’. Back then, Orbán stood accused of failing to protect Romani citizens from arbitrary force and intimidation. Now in 2020, it is the Prime Minister who is the direct source of racially-motivated intimidation.

On orders from Budapest, the local Fidesz MP László Horváth, began campaigning against the verdict and “the Soros network’s goal to obtain money.” In language that amounts to incitement, Horváth predicted that the discord in the village “will lead to a nationwide storm”, and declared that “Every time strangers come to Gyöngyöspata from far-away places to fight for justice, war follows.”

Pro-government media, craven as ever, has further polarised opinion, with anchors, columnists and other assorted hacks queuing up to back the leader, and stigmatise the Gyöngyöspata Roma. The far right Hír TV reported that 97% of viewers who responded to a poll backed Orbán on the issue. The question Hír TV asked in the ad-hoc poll was predictably loaded:

"Do you agree with Viktor Orbán, who says it is unjust that some people be paid millions without any work or with the Soros-backed organization which advocates for Roma people in Gyöngyöspata to receive a 100 million [forints] in compensation for segregation?"

Hot on the heels of this, Orbán’s announcement of a national consultation is a blatant manoeuvre to invoke the will of the people to influence the deliberations and decision of the Supreme Court on this issue. The issue is further skewed by being sandwiched between two other questions on “the rights of violent criminals” and judicial corruption. Over the last ten years, the regime has repeatedly resorted to national consultations as part of propaganda campaigns against imagined enemies of the nation. Orbán characterises the consultations, with their leading and loaded questions as “demonstrating the power of national consensus”.

From the evidence of Thursday’s government press conference yesterday, the consultation survey will be as skewed as the Hír TV poll. Spokesman Gergely Gulyás mentioned the damages awarded to Roma in Gyöngyöspata in the same breath as the criminal justice procedures related to a multiple child murder case in Győr; and the “prison business” driven by legal organizations financed from abroad, “standing up for the rights of perpetrators, rather than for the rights of victims”. The leading question on Gyöngyöspata will concern “whether it is helpful if the compensation awarded disturbs the peace of a given community.” Lest there be any doubt about the purpose of this consultation the government stated that it has clear answers to questions that have provoked social debates “however, it needs a robust social mandate in order to represent them in the international arena as well as within Hungary.” 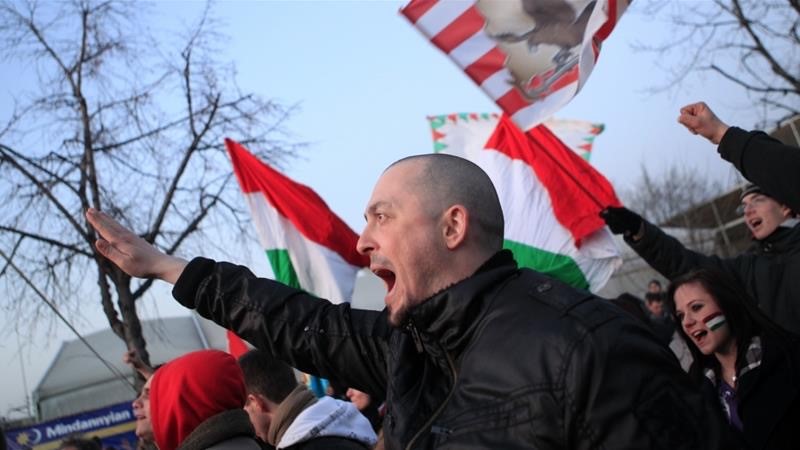 Since its defeat in the municipal elections, the subsequent dips in opinion polls, and the prospect of renewed rule of law scrutiny from Brussels, the Orbán regime has lurched dangerously further to the right. In its perpetual Schmittian search for an enemy in a state of exception, the regime has turned its fire on the Roma. The diminishing returns from demonising Muslims and migrants has prompted Orbán and his propagandists to revive an older hatred, and weaponize antigypsyism. Hungary’s neo-Nazis will no doubt take their cue from the Prime Minister, and we can expect paramilitary displays against “Gypsy aggression” come springtime.

This move smells like fascism as the polity formerly known as ‘illiberal democracy’ mutates into a fully-fledged white supremacist autocracy. In light of the European People’s Party dithering over expulsion with the non-decision to extend the suspension of Fidesz, and the Commission’s bleating about the importance of continued dialogue, Romani citizens in the regime’s crosshairs are entitled to ask: “How long will Europe stand idly by?”