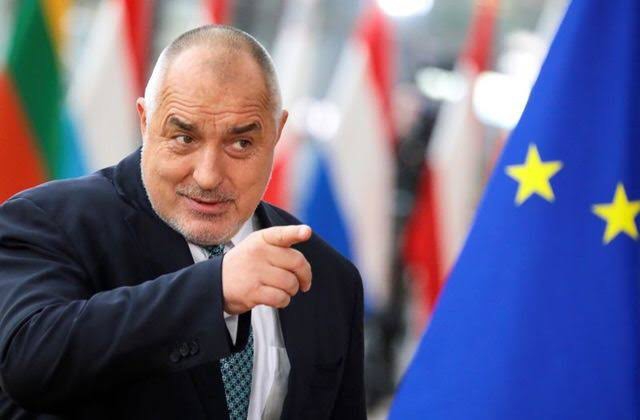 As the European Commission launches its new 10-year EU Roma Strategic Framework, the latest news from crisis-ridden Bulgaria concerns the Interior Ministry's spending of EU funds in a radicalization awareness project that stigmatizes the Roma minority as a security threat. This project comes from a government coalition which includes neo-fascist members of the United Patriots, whose leaders regularly resort to hate speech, and whose supporters comprise far-right mobs who regularly storm Romani neighbourhoods.

Anti-racist MEPs protested against the use of EU funds to train police officers in radicalization awareness targeting Romani neighbourhoods and called for a halt to EU funding for the Ministry of the Interior, until its policies and practice get proactively anti-racist.

In a letter to European Commission President von der Leyen, the MPs who head the European Parliament's Anti-Racism and Diversity Intergroup (ARDI), stated that "Roma are not extremists or terrorists. Roma are the largest and the most discriminated against ethnic group in the EU and we need their rights to be respected".

The issue was first raised by the Citizens for Democracy and the Rule of Law Coalition, which demanded an explanation as to how, under the remit of the "Good Governance" Operational Programme, EUR 1.7 million from the European Social Fund (ESF) used was to train 480 police officers to detect the alleged "radicalization" of Romani people in Bulgaria.

The coalition condemned the project, which ran under the moniker, "Expansion of the Expert Capacity of the Ministry of Interior for Prevention of Aggressive Events in Society, Corruption and Radicalization". Not only did it reinforce anti-Roma racism, but it also created a new dangerous stereotype of the Roma as posing a threat to the national security of Bulgaria.

Where the real threat to democracy lies

What makes this notion of 'Roma radicalization' even more outrageous is that Prime Minister Borisov heads a coalition government that includes openly racist ministers from the far-right Patriotic Front; ministers who have often advocated violence against Bulgaria's Roma minority, routinely engage in racist hate speech with apparent impunity.

Under Borisov's watch, we have witnessed mass attempts to storm Roma neighbourhoods by racist mobs acting at the behest of governing politicians such as Bulgarian Deputy Prime Minister Karakachanov – who in 2019 described the Roma as having become "exceptionally insolent" and called for a "complete solution to the Gypsy problem".

Not to mention Bulgarian MEP, Angel Dzambazki, a leading member of the extremist VMRO, who has been involved in campaigns to secure the release of criminals connected to the Bulgarian neo-Nazi scene. Dzambazki, who described Roma as 'primates', was previously accused of inciting hatred after calling on Bulgarians in Sofia to clean the city of immigrants and take "self-defence actions" by means of "volunteer patrols and units".

In contrast to the European Commission, which has appeared largely unperturbed by the situation in Bulgaria, Council of Europe Commissioner for Human Rights, Dunja Mijatović, struck a decidedly different note. In her 2019 report on Bulgaria, she "deplored the climate of hostility against Roma, in particular against those who had to leave their homes following rallies targeting their communities in several localities." Commissioner Mijatović called for a "political and cultural shift in the way minority groups are treated and portrayed in Bulgaria," and for the authorities to react vigorously to incidents of hate speech, including by high-level politicians. This political-cultural shift has yet to occur.

It is clear where the real radicals are nesting in Bulgaria, and that far-right radicalism is what poses the greatest threat to democracy in the EU's latest rogue state. In their letter, the MEPs from the ARDI group, cited the 2020 resolution of the European Parliament which insists that "entities that engage in discriminatory practices against Romani people, or take decisions or implement measures to this effect, should not be eligible for funding from the Union's budget".

The MEPs stated that racism and xenophobia must be clearly and loudly condemned, especially when the perpetrators come from within the institutions. They called on the European Commission to investigate the case, recover the money, and deny any future funding support to the Bulgarian Ministry of Interior, until it adopts a proactive anti-racist approach in its practices and policies.

This scandal coincides with the launch of the new 10-year plan to support Roma in the EU,and President von der Leyen's commitment to "replace antigypsyism with openness and acceptance, hate speech and hate crime with tolerance and respect for human dignity." Anti-racists are waiting to see if the official response to these developments in Bulgaria will amount to anything more than the customary note that "the Commission continues to monitor the situation closely".