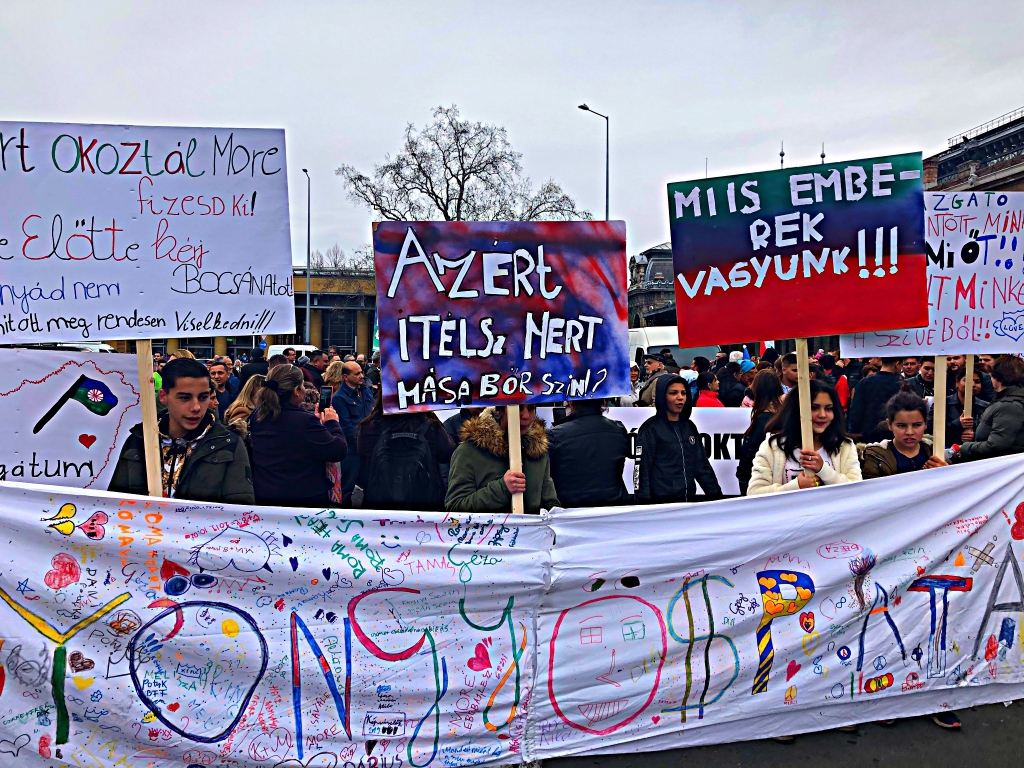 In January 2016, four small Romani children were burned to death and a fifth froze in three separate incidents in shacks in Romani settlements in Slovakia. Apart from kith and kin, their deaths went largely unremarked and un-mourned, their tragic fates soon forgotten. These fatalities occurred only months after the awful Carrickmines tragedy in Ireland, where ten Travellers including five children lost their lives in a fire on a temporary halting site – victims of official neglect and institutional failures to provide safe, adequate accommodation for Travellers.

Beyond these shocking fatalities, millions of Romani children have to endure the trauma of everyday racism. That children’s fundamental rights are so routinely and egregiously abused is an affront that should inspire outrage and indignation among all right-minded citizens. But somehow it doesn’t. One of the most chilling aspects of anti-Roma racism is the extent to which ordinary, everyday people simply acquiesce and remain indifferent to the suffering of the youngest and most vulnerable of Europe’s citizens.

As many countries mark World Children’s Day, it’s an opportune moment to remind governments yet again of how drastically they continue to fail millions of Romani children across the continent. Time to remind those in power of their binding obligation to ensure these children can exercise their right to adequate food, medical care, free education, protection against all forms of exploitation – and that they can do so with love and affection “in a climate of universal peace and brotherhood”.

The gap between the rhetoric and the reality is nothing short of obscene, and what is especially worrying is that things are even getting worse for many Romani children inside the European Union. National governments who have just have signed up to the new improved EU Roma Framework up to 2030, stand accused of racist neglect of their obligations toward millions of Romani children right across Europe.

In Europe 2020, hundreds of thousands of Romani children continue to live in squalid conditions in segregated camps and emergency shelters, in slum neighbourhoods and irregular settlements, under constant fear of eviction, harried and harassed, without any security of tenure and no prospect whatsoever of social integration. Worse still, evictions often serve to ‘cleanse’ certain municipalities of their Romani inhabitants, banishing them to remote outskirts or containing them in segregated slums. These conditions take a terrible toll on family life and cause untold trauma to Romani children.

Back in 2014, an ERRC drew attention to the human cost in Italy of placing Roma in camps on remote and inaccessible sites in squalid conditions, isolated from society. The submission revealed how children raised in these camps - often under guard or video surveillance - were prone to a number of severe and debilitating conditions, with a greater incidence of “diseases of poverty”, such as tuberculosis, scabies, and lice. The children exhibited high incidences of anxiety and sleep disorders, suffer from phobias, are hyperactive and have attention deficits, and have learning difficulties - conditions which “are also predictive of more serious disorders in adolescence and adulthood.”

ERRC’s latest census of forced evictions in Italy shows that authorities have carried out more than 187 evictions, affecting more than three thousand Roma since 2017. The destruction of both authorized and unauthorized camps has left hundreds of Romani families homeless or in an unstable housing situation, and children continue to suffer.

The recent report from the Irish Ombudsman for Children condemned the deplorable conditions on an overcrowded and insanitary site which have caused increased incidence of medical conditions among children such as impetigo, dermatitis, eczema, and abscesses along with upper respiratory and lower urinary tract infections. Discrimination and deprivation take a toll on the mental health of children also. As one 12-year-old Traveller girl described life on the site: “It’s like an abandoned place that people forgot about, it’s like we’re forgotten, we feel like garbage”

If being on the receiving end of overt or subtle racism creates intense and constant stress, which boosts the risk of depression, anxiety and anger, what kind of hell on earth is endured by tens of thousands of Romani children in shacks, squats, and camps, vulnerable to the elements, exposed to random cruelties and deliberate discrimination right across the well-ordered democracies that comprise this continent of plenty? As a recent UN report confirmed, risk factors for poor mental health are closely linked with discrimination and inequalities, “the corrosive impact of seeing life as something unfair.”

Among the failures of the first EU Roma Framework was the complete neglect of the impact racism has on the mental health and wellbeing of children and young people. And for all the worthy gestures about recognising antigypsyism in the new Framework up to 2030, there hasn’t been a whisper about the toll everyday racism takes on the mental health of Romani children and young people.

It’s time to acknowledge how especially damaging is cumulative impact of racism and discrimination to children and adolescents. Beyond recognition of antigypsyism, there is a need for reparation, and that means making amends and taking concrete steps to deal with the damage done.

The fight to eliminate anti-Roma racism needs to take pride of place in broad-based political struggles for justice and equality; and to paraphrase UNICEF, children must be at the heart of such struggles, not because the vulnerability of childhood calls upon our compassion (although it should), but rather for a more fundamental reason: because it is their right.

When we bear witness to the tragic toll that everyday racism exacts upon Romani children, their full emancipation must be understood as an urgent ethical imperative for any democracy worthy of the name.