Why we are Suing EP President Antonio Tajani 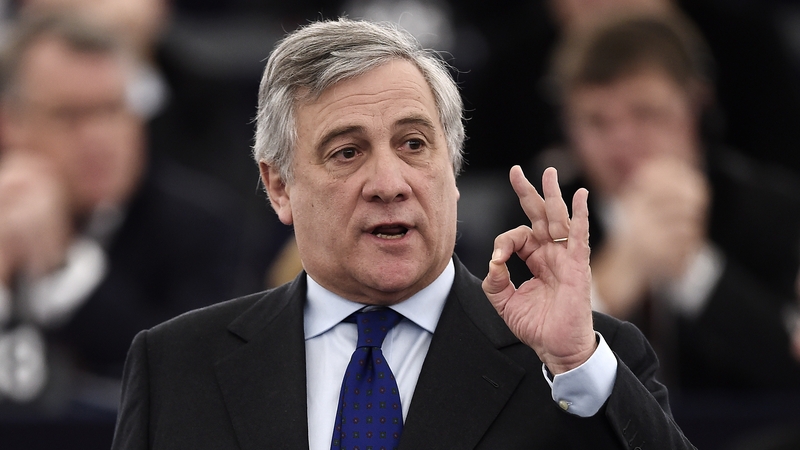 “The [Italian] citizenship income will end up in the pockets of Roma, of foreign citizens — from the EU and non-EU — and certainly not in those of many Italian citizens.”

This was the comment made by European Parliament President, Antonio Tajani, in late October of last year. He was speaking on Rai News, an Italian TV network, about the Italian state budget which included proposals for a Universal Income.

When Green MEP, Philippe Lamberts, called him out in the European Parliament for his derogatory comment, Tajani doubled down on his remarks and made the further assertion that Roma do not work, saying: “You do not know the Italian situation...I said that we can not tap into the Italian budget to give money to Italians who do not work and to citizens who are not Italian and who do not work. I said that few Italians will have money and that foreigners will also have money. So it's not a benefit for the Italians.”

If you read the original statement again - that’s not what he said.

The ERRC condemned Tajani’s comments at the time in Politico, stating: “The Parliament President's concerns about Roma being the recipients of a basic income in Italy betray the depth of institutional racism in how the state perceives Romani people in Europe.

Roma have been in Italy for over 500 years. If the poorest Roma were entitled to a basic income, it would be a small start toward reparations for the repressive measures, repeat forced evictions, segregated camps, and widespread discrimination by the Italian government against Roma in Italy."

The ERRC informed the EU Ombudsperson and lodged a legal complaint through the Petitions Committee of the European Parliament, which was accepted in January 2019. It calls for Tajani to be made to issue an official apology or face a vote on whether it is appropriate for him to continue in his position as EP President.

Unfortunately the petition process moves at a glacial pace, and Tajani may not even be President of the EU Parliament by the time a decision is reached by the Petitions Committee. For this reason the ERRC are also looking into two additional legal avenues: we are investigating whether his comments amounted to a criminal offence of inciting racial hatred, and we are looking into taking a civil complaint for discrimination against him in Italy - as his words are so powerful they affect the rights of Romani people in Italy.

Why pick on Tajani, when there are so many other worse examples of hate speech from politicians which go unchallenged?

For sure, his slight against Roma was by no means the worst thing a European politician has said about Roma in recent years, or even in the last month for that matter (particularly in the run up to the EU elections). But the fact of Antonio Tajani’s position, and the casualness of his statement, shows how secure anti-Roma biases are in everyday discourse. It is the laziness of his comment which is concerning - that it can be so easily made, safe in the knowledge that such a statement will have no major repercussions for him. This is how antigypsyism manifests itself at the highest levels in our society. In the same breath, Tajani conflates foreigners with all Roma, as if to preclude the notion of Italian citizens of Romani ethnicity.

The feeling of being a foreigner in your own country is one which Romani people are well accustomed to across the European Union. We are sometimes told to “go back where you came from”, despite our ancestors often having lived on this land for many hundreds of years - sometimes longer even than so-called ‘indigenous’ white Europeans. When statements from the EP President could be easily mistaken for the ignorant, nativism of a right-wing Facebook troll, it is easy to see how such attitudes are still perpetuated in Europe today.

Roma have suffered centuries of exclusion, discrimination, even genocide in Europe, and there are laws that have been agreed at European level to ensure that this stops and that we are treated equally. These include the Framework Decision on combating certain forms and expressions of racism and xenophobia by means of criminal law, (2008/913/JHA), which requires Member States to criminalise “publicly inciting to… hatred directed against a group of persons or a member of such a group defined by reference to race, colour, religion, descent or national or ethnic origin”. The Framework Decision provides for criminal penalties for individuals who incite to racial hatred.

The Charter of Fundamental Rights also protects ethnic minorities from hate speech and discrimination. The Charter is directly applicable not only to Mr Tajani, as President, but to the Parliament as a whole, including the Petitions Committee itself and how it react to our petition.

President Tajani is seeking to get re-elected as a Member of the European Parliament in the upcoming EU Elections, and he already announced back in January that he wants another 2.5 year term as EP President. For this to happen he must be elected by his fellow MEPs, and in the next parliament he may well have an audience who are much more accepting of such anti-Roma rhetoric. We are soon entering into elections in which there is a very real threat that a powerful far-right block will form the European Parliament. Considering Tajani’s nonchalant use of anti-Roma language, and his more recent, bizarre praise of some of the “positive things” which Benito Mussolini accomplished as fascist dictator of Italy - is this really the man we want leading Europe?