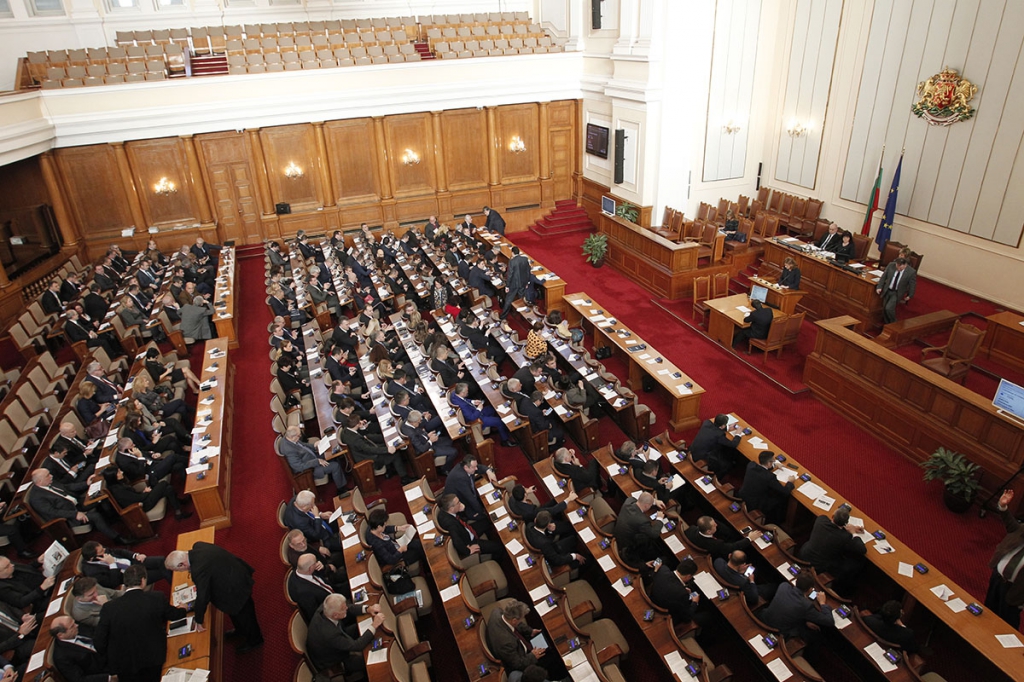 It’s less than two weeks until the European elections, but the campaigning started much earlier in Bulgaria, and here comes another anti-Roma campaign. But don’t be surprised, such campaigns do not come only from the far-right of the political spectrum. The Bulgarian president, Rumen Radev, representing the Socialist party, has also expressed his anti-Roma sentiment, joining a long list of politicians and election candidates riding the wave of antigypsyism. However this year, major issues arise around the proposed anti-Roma strategy of Deputy Prime Minister Krasamir Karakachanov, disguised as a “Roma integration strategy”, but bearing a title that demonstrates its true political purpose: “Concept for the Integration of the Unsocialised Gypsy (Roma) Ethnicity”.

The so-called “strategy”, proposed in February before Prime Minister Borisov’s cabinet, is filled with discriminatory statements. Even in its second revised version, which was requested by Boyko Borisov’s centre-right GERB party, the document is still a disgraceful collection of garbled far-right conspiracies, racist stereotypes, and outright lies. Even in a Bulgarian context it surprising to see such a document, which has the sole purpose of oppressing and stigmatising an entire ethnic group, posted on the official site of the Council of Ministers and now set for a possible reading and vote in the Parliament. A date for the parliamentary debate has not yet been set, but it is expected sometime after the EU Elections on May 26th.

It is important to remember that it is Borisov’s ever-silent cabinet who are letting this theatre performance to happen. By allowing this proposal to get this far, they are complicit in yet another threat to the democratic principles outlined in the Bulgarian constitution, as well as a number of European legal documents such as the Race Equality Directive (RED) and the Charter of Fundamental Rights of the European Union.

What’s the problem with the document itself?

The proposed strategy suggests radical modifications to Roma inclusion measures in Bulgaria. The entire document is replete with racist hate speech and anti-Roma stereotypes. It is poorly written and lacks data to prove any of the racist claims it makes about Romani people refusing to work, taking advantage of the social system, and having too many children. Even more appalling is the use of the term “Gypsy criminality” to refer not just to crimes committed by individuals of Romani origin, but as something inherent in the Romani ethnicity. Echoing terms used by the Nazis, Karakachanov defines Roma as “asocial gypsies” whose behaviour has not changed since the emancipation of Bulgaria from the Ottoman Empire.

In addition to the Nazi term ‘asocials’, the ‘strategy’ refers to Roma as a “heritage of the Ottoman empire”, and attempts to alienate Roma from other Europeans, calling their lifestyle “non-European”, closer to the “Eastern civilization model, which is distinguishable by its massive conservatism, traditions, customs existing centuries ago”. Such references are clearly racist and aim to justify the proposed measures targeting Roma, such as controlling the number of births of the Bulgarian Romani population.

Point 2.5 “Limitation of the birth of marginalised (communities) aiming to receive social aids” and 2.6 “limitation of the birth of women who left two and more children in institutions, with special focus on persons of Gypsy ethnicity”, as well as “free abortion” for Romani women, are some of the major policies demanded by the far-right Minister Karakachanov. However, this is only the tip of the iceberg. The Minister recalls the injustices done during the communist regime in the country and calls for the re-establishment of “labour-education schools” which served in the past as prisons for minors. Karakachanov also calls for other supplementary measures such as “forced public interest work” to replace administrative fines and arrests for administrative sanctions of Roma. Such measures are reminiscent of the labour camps established during Second World War, which were used to exterminate part of the European Romani population. These two proposed actions, alongside proposals to implement quotas for social aid recipients of  Romani origin, strengthen the racist stereotype that Roma “do not work” and live on social aid from the state, whilst non-Roma are the financial contributors. Where is the reaction from the authorities?

The issue here is not that some far-right politician has written up yet another racist proposal with the idea to oppress the Romani population. Equally concerning is the lack of adequate reaction from the side of the authorities. Bulgarian politics, when it comes to Roma, play out like a melodrama where the major actors sometimes act only as an extra instead of taking the leading role.

Sotir Tsatsarov, the General Prosecutor of Bulgaria, who arguably should have the leading role in this melodrama, has so far done nothing major during his mandate to stop the proliferation of racism. If nurturing racial hatred is not enough for him to consider investigations, calls to set up labour camps, implement eugenic family planning measures, ethnic censuses of Roma recipients of state benefits, or resorting to terms such as “Roma criminality”, should certainly be more than enough to start a criminal procedure.

The proposal has already been submitted to the Parliament – this means anti-Roma strategies aiming to initiate and legitimize an active policy of discrimination based on ethnicity are about to pass public consultation and reach a point where they may be voted into law. The resounding silence from both the Prosecutor General and the Prime Minister in the face of this leap towards fascism is telling.
The anti-Roma strategy proposals are being debated at a time of increasing racist protests against alleged “Roma crimes” in Bulgaria. The justice system has responded in the opposite direction to the normal rule of law, by displacing Romani people who lost their homes after the latest anti-Roma protests and demolitions of Romani houses in Vojvodino and Gabrovo. Bulgarian institutions, particularly the Parliament, will only reveal their true colours after the EU elections, dependant on how Bulgarian authorities treat Roma as a policy issue, and their response to the nonsensical, Nazi-inspired document that Karakachanov calls a “Roma integration strategy”. For now, this strategy appears to be another political manoeuvre by Karakachanov in the lead-up to the EU elections. He is no doubt aware that such a concept stands a low chance of passing a vote in parliament, but it does the trick in galvanising his supporters and other racist voters all over Bulgaria at a time when anti-Roma hate sells well.

In recent years Bulgaria has taken startling steps towards normalising far-right politics. Since the transition to democracy in the 1990s, Bulgaria has always toed the line between democracy and rule of law, and the dereliction of such principles. Bulgaria’s corruption index is similar to that of many developing countries, and is indicative of the level of democracy and transparency in the country. While it so far has managed to keep an international reputation of being a country that meets the basic minimum requirements of tolerance towards minorities, in recent years, this idea of tolerance has come heavily under question. The appointment of an outspoken, far-right politician, Valeri Simeonov, as Deputy Prime Minister in 2017 raised many eyebrows across Europe. Simeonov, who has publicly described the Roma as "ferocious apes", was also appointed head of the National Council for Cooperation on Ethnic and Integration Issues, though later dismissed after widespread outrage and protests from civil society. In this crucial time before the EU elections, where the politics of hate and division are on the rise throughout Europe, Bulgaria stands on a knife edge; the proposals submitted by Karakachanov demonstrate how far the country has slid politically from the norms of a democratic European state. If such a document can be brought before the national parliament of an EU member state, then we are already well down the road towards a return of fascist ideology in Europe. These are certainly uncharted waters, and Bulgaria’s anti-Roma strategy could be indicative of a very different political landscape, featuring a resurgent far-right, post-EU Elections.

The ERRC has sent an open letter to Prime Minister Boyko Borisov, and Public Prosecutor Sotir Tsaratov, calling for them to condemn the proposals introduced by Deputy Prime Minister Krasamir Karakachanov. It asks the Public Prosecutor to initiate a full investigation into statements made by Karakachanov, and others, for inciting racial hatred against the Romani minority in Bulgaria.