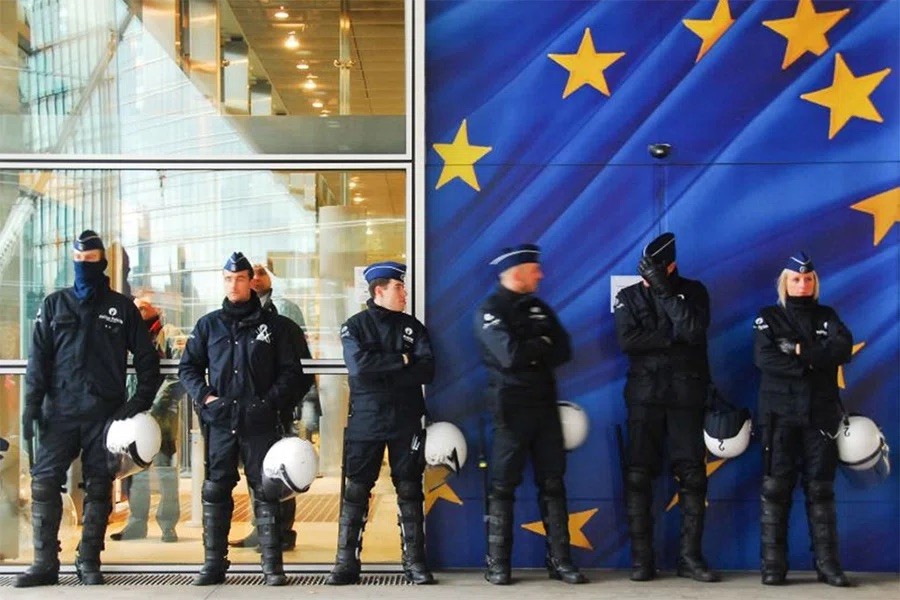 Institutional racism is embedded in many of Europe’s criminal justice systems, and more often than not, it is Roma who pay the price. Just how steep is that price was made clear by the recent decision by Czech authorities to close the investigation into the case of Stanislav Tomáš, who was killed while being detained by police in the town of Teplice, in June 2021.

Romani defendants face discrimination from police, judges, prosecutors, and often their own lawyers according to recent research by the ERRC and Fair Trials. At every stage of criminal proceedings, from arrest until sentencing, Romani defendants are faced with discriminatory attitudes and biases that skew outcomes against them, so that “the very system that is meant to impart fair and equal justice is, in fact, doing the opposite.”

The short wave of Black Lives Matter solidarity protests that swept across European capitals in 2020, and the subsequent launch of the EU Anti-Racist Action Plan, prompted fresh calls and fleeting official responses for deeper scrutiny of structural racism in the criminal justice system. However, access to justice was conspicuously absent from the 2020 strategic framework for Roma inclusion, which called on Member States to step up action to address their ‘persistent failing’ and to show a “strengthened commitment to tackle persistent discrimination”.

The belated recognition by the European Commission that anti-Roma racism is systemic and rooted in public institutions, rather than a mere aggregate of the cumulative prejudices of flawed individuals, is welcome. However, apart from mention of “enhancing the training strategies of law enforcement”, tackling unconscious bias, and the evergreen insistence on the need for more data, there is nothing in the new Framework strategy, or Europe’s Anti-Racist Action Plan that even begins to deal with the impact on Romani communities of such profound injustice.

Unconscious bias and its discontents

In fact, the emphasis on training law enforcement officers to overcome their biases, could signal a strategic intent to retreat from confronting institutional racism, defined long ago by Ambalavaner Sivanandan as “that which, covertly or overtly, resides in the policies, procedures, operations and culture of public or private institutions – reinforcing individual prejudices and being reinforced by them in turn”.

Jenny Bourne warned that the standard recourse to racial awareness, unconscious bias and diversity training as a cure-all should be avoided. She cautioned against accepting the concept of unconscious bias as the explanation for racism and the terrain on which it should be combatted. More than 30 years ago, Sivanandan criticised the burgeoning industry around racial awareness training for propagating “the sort of psychospiritual mumbo-jumbo” which reduces social problems to individual solutions. Today, despite negligible results and zero impact, it remains the first and favourites response in public and private sectors to the ‘challenges of diversity’. As Bourne put it:

“In this new narrative racism is covert not overt; it is psychological not social; it is individual not structural; it is subconscious not conscious. Hence, it effectively exonerates governments, institutions, organisations, even individuals, for it is unconscious, inevitable. But it can be remedied – through retraining and therapy for the individual. Unconscious bias is the child of neoliberalism.”

Bourne cites Jonathan Kahn who argued, in the case of the US, that when ‘implicit bias’ morphs “from a useful psychological theory of cognitive function into a master narrative framing legal and policy response to race and racism” to the exclusion of power relations and structural racism, it undermines civic responsibility for addressing what is a complex social, political and historical problem by turning it over to experts; and by reducing racism to just another bias, it runs the risk of erasing history, denying present reality, and obscuring accountability.

As Kenan Malik wrote, viewing racism as a problem of “interpersonal behaviour in need of therapeutic intervention” marks a problematic shift from social change to personal therapy – problematic in that it downgrades the significance of laws and social structures in favour of unconscious bias. As Malik pointed out, “It was not, however, unconscious bias that made a police officer place his knee on George Floyd’s neck”; neither was it unconscious bias at play when Stanislav Tomáš perished beneath a policeman’s knee in Teplice. The brutality and discrimination that Roma face in the criminal justice system is the product of very conscious and deliberate policies.

Resources dedicated to ‘enhancing the training strategies of law enforcement’ could be better diverted to support Romani communities to advocate for the elimination of racialised policing, to hold the police and other criminal justice institutions to account, and to educate and empower members of the community to exercise their rights, and to protect themselves from discriminatory treatment.

Training for those who dispense justice, should switch focus from ‘unconscious bias’, to making officials fully aware of their obligations under national and international law to discharge their responsibilities in a non-racist and human rights compliant fashion, and to ensure such officials know of the consequences and penalties for failure to do so.

It is time for national authorities to respond to over two decades’ worth of recommendations from international bodies to establish independent monitoring mechanisms to investigate racially-motivated crimes involving police officers, and other acts of discrimination by criminal justice professionals. Authorities also need to ensure that victims of police brutality and injustice have access to effective remedies and compensation, and do not face retaliation or reprisals for reporting such cases.

For its part, the EU should produce a binding Charter for Common Basic Standards that enshrines rights-compliant, non-discriminatory and non-racist policing across the Union. The EU continues to expand the exercise of cross-border policing powers, including the use of artificial intelligence tools that, according to Fair Trials, “reinforce discrimination and undermine human rights.” Cooperation continues to grow amongst the police and authorities competent for prevention, detection and investigation of criminal offences in all member states, including police, customs and other specialised law enforcement services.

What is missing is all this enhanced collaboration is a binding set of complementary requirements to ensure non-racist policing and set common basic standards to safeguard the rights of ethnic minority citizens across the Union. The European Commission needs to stretch its competences to remedy this democratic deficit.

For more on this see our recent report Justice Denied: Roma in the Criminal Justice System.