Hungary: Far-right extremist Mi Hazánk emerges as the ‘other winner’ in the 2022 elections 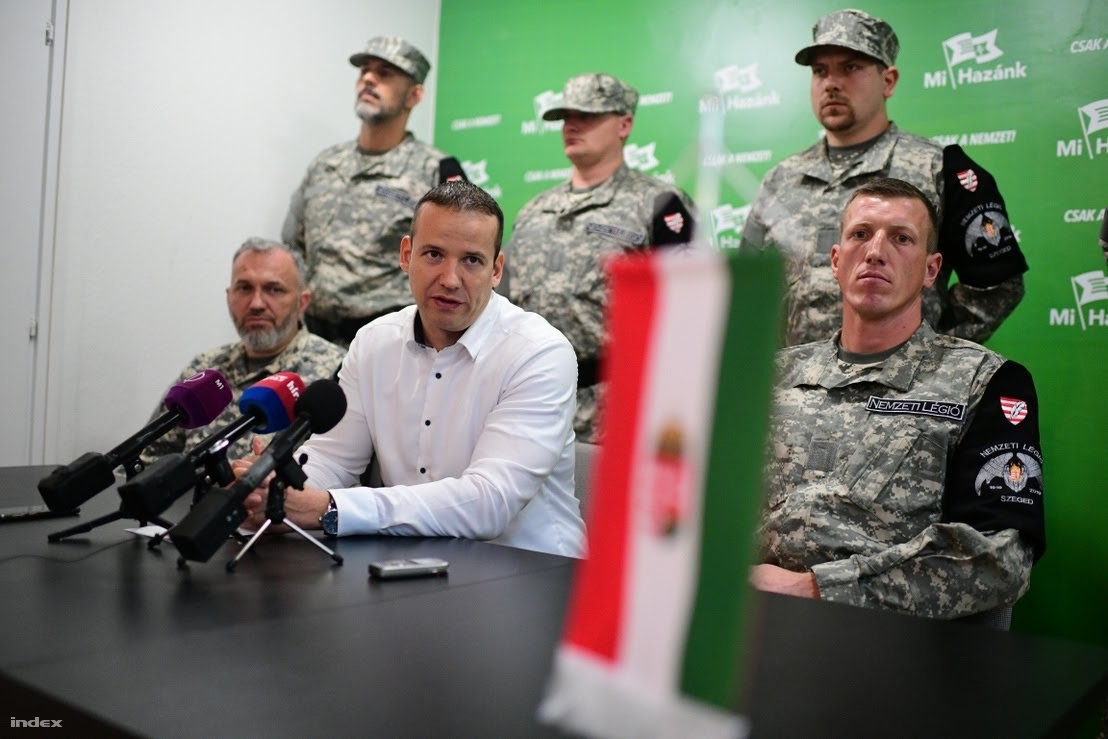 While the Orbán regime’s fourth successive election victory hit the headlines worldwide, the shocking success of the neo-fascist Mi Hazánk winning seven seats went almost unnoticed by the international media. Their election program was a mish-mash of conspiracy theories, homophobia and explicit anti-Roma racism. This party’s brand of extremism outstrips that of their Jobbik forebears, and marks them out as the most extreme far-right gang to take seats in the Budapest parliament since World War II.

Most international media reporting on the Hungarian elections focused on Viktor Orbán’s winning a sweeping two-thirds majority in a contest that fell short of free and fair thresholds, and his scandalous swipe at the Ukrainian President, where he smirkingly dubbed Volodymyr Zelensky as one of his opponents, just hours after the first images surfaced of the mass atrocities committed against Ukrainian civilians by Russian forces in Bucha.

Against this backdrop, one shocking aspect of the election went virtually unremarked in the wider world. Little attention was paid to the ‘other winner’ at the polls. The overtly racist, Mi hazánk mozgalom (Our Homeland Movement), won seven seats in the new parliament, where it is now the third largest party, and according to some observers, ranks the most extreme far-right party to gain parliamentary representation in Hungary since World War II.

András Heisler, chairman of The Federation of Hungarian Jewish Communities (MAZSIHISZ) described the rise of Mi Hazánk as ‘daunting’, and declared “We cannot remain idle - the views proclaimed by Mi Hazánk are eerily reminiscent of a former dark period in history, after which we all know what happened."

When questioned by the Times of Israel about Mi Hazánk party members’ and leaders’ predilection for making Nazi salutes, Atilla Nagy, president of the Budapest chapter replied, “Mi Hazánk doesn’t believe that the party movement should be guided by the feelings of local or international Jews. We’re not saying we hate the Jews, but their feelings don’t determine what we do. There are many more important things to consider.” When challenged about party members veneration of the wartime Nazi Arrow Cross party – responsible for massacres of thousands of Jews in Budapest – as heroes and martyrs, Nagy replied that the Arrow Cross fascists were victims.

“Hungary will not become a Gypsy country”

The independent news portal 444.hu was one of the few outlets to take a close look at the Mi Hazánk election program to see what attracted more than 310,000 Hungarian voters. Perhaps the most disturbing of the party’s obsessions is anti-Roma racism, and from the outset, election posters and leaflets pledged to prevent Hungary becoming a ‘Gypsy country’.

In their national version of the great replacement, the Mi Hazánk program notes that while the birth rate of Hungarians plummets, “Gypsies are producing a population explosion typical of the Third World. The number of Gypsies doubles by generations, while the number of Hungarians is almost halved.” The party calls for the establishment of a “Family Planning Authority”, to reduce birth rates among Roma “through sex education and assisted purchase of contraceptives” in those settlements that do not meet basic hygiene conditions and “still operate according to their own values, very different from those of northern civilization.”

On the domestic security front, in addition to reviving the death penalty and sending “political criminals, more serious criminals, such as pedophiles or leaders of ethnically organized criminal gangs” to Siberian labour camps, Mi Hazánk would create a gendarmerie to deal with Roma. Its function would be to prevent the spread of "a subculture that does not observe the basic rules of social coexistence, is loud, litters, and constantly harasses and disrupts its environment."  Expected standards of behaviour will be made known, and those who do not accept these standards can “expect sanctions”.

As far as education policy is concerned, Mi Hazánk would segregate Romani pupils who do not behave in accordance with societal norms, and ‘antisocial elements’ would be sent to separate classes and, ultimately, to residential schools. According to their election program, segregation of Romani pupils is also needed so that Hungarian parents whose children are at risk do not have the burden of taking them out of the school.

Mi Hazánk would also initiate “the introduction of a homeland and ethnography class in primary school” to instil a sense of national identity in youngsters, and create national child movements which would ‘enchant’ nationally self-conscious, mentally and physically advanced young people through “joyful, outdoor community” activities, to teach them how to break away from ‘postmodernity’, and Zuckerberg’s LGBTQP (P for paedophilia) brainwashing through the virtual world.

As for the EU, Mi Hazánk maintains that it operates as a globalist empire whose goal is “to create the United States of Europe”. This serves the interest of the global elite because “the faceless, rootless, brown-skinned population (...) that emerges by knocking together the peoples of several continents” would be a slave to the multinationals. The party sees two ways to restore Hungary’s independence: either quit or transform the Union through a 21st Century revival of Józef Piłsudski’s concept of the Intermarium, which would bring together the "Central and Eastern European regions from the Baltic to the Adriatic".

Mi hazánk mozgalom was launched in June 2018 by former Jobbik MPs, László Toroczkai and Dóra Duró. Both had been expelled from the party as Jobbik attempted to rebrand itself as a ‘normal’ patriotic party by outwardly shedding the racism, fascism and homophobia that made it such a hit among 20%-plus of Hungarian voters. Mi Hazánk has remained true to such core values, with Toroczkai proclaiming that Hungary should remain a ‘white island’ in Europe.

In addition to its militantly racist anti-Roma stance, the party is virulently homophobic, and has made its mark in word and deed, with a steady stream of hate speech against ‘faggot propaganda’, marching in uniforms on community spaces, burning rainbow flags, and staging intimidatory disruptions of LGBTQ events.

In September 2020, MP Dóra Dúró, posted a YouTube video of herself shredding a copy of a newly-published children’s book Fairy Tales for Everyone at a press conference. The Mí Hazánk leader and proud mother-of-four declared that ‘Fairytale Land’ does not belong to ‘aberrals’; that her party “will not tolerate exposing children to homosexual propaganda, and that homosexual princes are not part of Hungarian culture.”

Promising drastic interventions which included “the need to fight against all aspects of Gypsy delinquency” with voluntary self-defense associations, and to limit “childbearing for solely subsistence purposes”, Mi Hazánk ran candidates in the 2019 European elections where it secured 3.29% of the vote. In the 2022 general elections, this racist and overtly fascist party with its paramilitary offshoots, managed to almost double its vote to take seven seats in a parliament overwhelmingly dominated by the far-right Fidesz regime. The prospects for progressive politics in a country classified as ‘partly free’ have never seemed so remote.