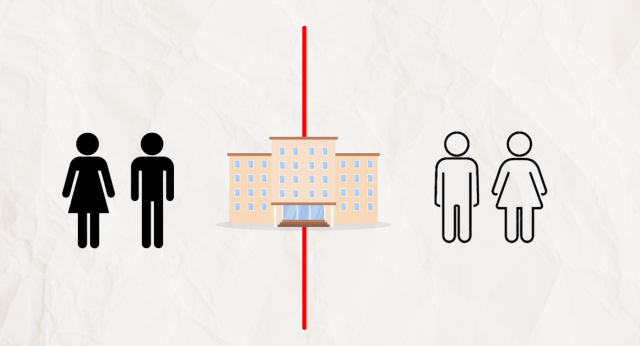 Brussels, Skopje, 14 December 2022: Romani parents whose children were segregated in two primary schools in North Macedonia have won an important judgment before the European Court of Human Rights against North Macedonia. The Court found that two primary schools, Gjorgji Sugarev in Bitola and Goce Delchev in Štip, had violated the Romani children’s right to non-discrimination (Article 14) in conjunction with their right to education (Article 2 of Protocol 1). Each household has been awarded compensation of €1,200 EUR, totalling €45,600 across both schools. The issue was brought before the Court in two applications by the European Roma Rights Centre (ERRC), who also secured decisions from the North Macedonian Equality Body to end segregation in Bitola and Štip earlier this year.

“We have been patiently waiting for this judgment for several years and are glad that the injustice experienced by generations of Romani children studying in the two segregated schools has finally been internationally acknowledged by the most important court in Europe” said the ERRC’s Legal Director, Senada Sali. “What we urgently need now is desegregation plans for both schools, to make sure that the established violation does not repeat in the coming school years. The ERRC will carefully monitor the actions of the Government and inform the Committee of Ministers if the judgment is not followed by proper implementation.”

Children from the Roma-majority neighbourhood of Bair, in Bitola have been taught in increasingly segregated classes for a number of years. In the 2021-2022 school year, for the first time, every single child enrolled in the new school year in Gjorgji Sugarev Primary School was of Romani ethnicity. This was largely due to non-Romani parents removing their children enrolling them in schools elsewhere which had lower numbers of Romani students in attendance (a phenomenon known as White Flight). In parallel, parents felt that the quality of education offered to children in the Roma-majority schools declined. The process of White Flight was aided by school authorities who made it difficult, if not impossible, for Romani parents to do the same as non-Roma and enrol their children somewhere else where they could receive a better education.

In the Goce Delchev Primary School in Štip, the Court heard how Romani pupils accounted for 67% of students in the 2018-2019 school year. As in Bitola, White Flight was established as a reason for the disproportionately high number of Romani children in the school. The measures taken by the school to reduce the segregation of Romani pupils were found to be ineffective by the Court.

The ERRC’s complaints before the North Macedonian Equality Body (Commission for Prevention and Protection against Discrimination of North Macedonia) resulted in a positive decision for the parents of the affected children. The body instructed the municipalities to ensure that children can only be enrolled in their catchment area, as well as further measures for the schools aimed at ending ethnic segregation of Romani children.

More information on the legal process to dismantle school segregation in Bitola and Štip can be found here.